There are essentially two types of building mortars. Lime and cement which both work in different ways

It's important to understand that historic buildings are very different from modern buildings in several key ways, these being the bricks and mortar used in the construction of the building.

First, historic bricks are a lot softer than modern bricks. This is because modern bricks are now fired at a much higher temperature than it was possible to do in the past. Second, historic masonry buildings were designed to be permeable so they could absorb water and then release it, as opposed to modern building technology using hard bricks and cement mortar which emphasizes waterproofing.

Because of these differences, it's very important to use compatible materials during restoration, as an incompatible mortar can destroy a historic masonry structure. 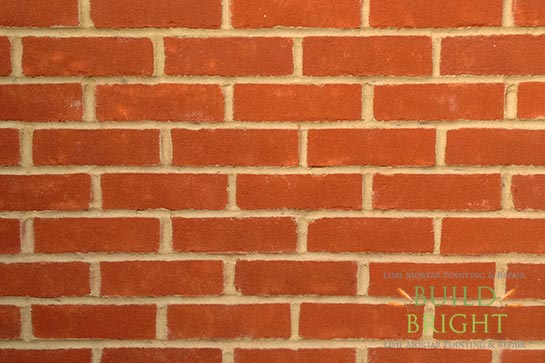 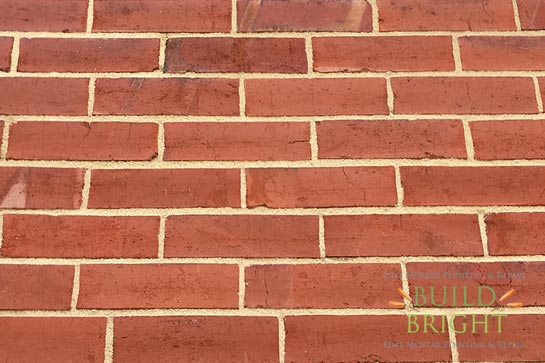 Lime mortar comes in many forms. It's not a one size fits all. This is also relevant to the sand used in the mix. In use, a lime mortar needs a lot more attention and care than its modern cement alternative. A newly repointed wall will need to be looked after from potential damage from the elements. This makes it much more labour intensive than using cement.

The most common mistake we see is an old masonry building that has been repointed with Portland cement mortar instead of the historic lime mortar. 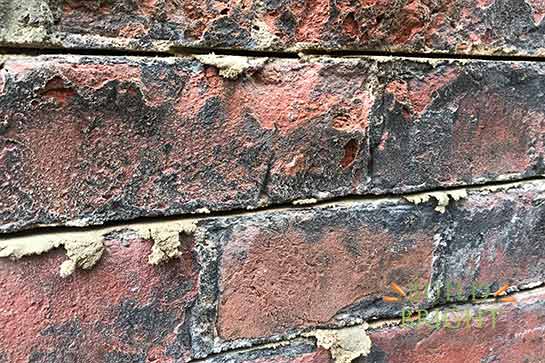 This photo clearly demonstrates how much water can be trapped inside a wall that has been incorrectly treated with modern building practices. Soaking wet sand sealed into the wall. 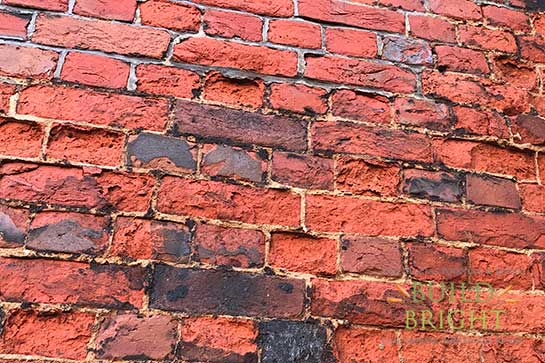 Here we can see lots of damaged bricks faces. This has happened due to them being the escape route for any trapped moisture. Why? Because the mortar holding them together is a lot harder than the bricks it's supposed to protect.

This wall has been hit hard. It is a retaining wall with soil built up on the other side. Previous repairs have included a really deep repoint in what can only be described as a concrete mortar. It is so rigid and deep the bricks have become the mortar.

Modern cement mortars can do a lot of damage to a historic building that was originally pointed with lime mortar. Portland cement is generally more rigid and less permeable, so cement mortars will cause damage to the brick and/or stone during expansion and contraction. Lime mortar, on the other hand, is more accommodating, and its lower compressive strength high flexibility allows the historic masonry units to expand and contract without being damaged. You always want your mortar to be weaker than your masonry units for this reason.

Lime mortar also allows water vapor to pass in and out of the joints, which means that moisture does not get trapped in the brick or the stone. Portland cement mortars are unable to wick water out of the walls, so water gets trapped and instead escapes through the historic stone or brick. This damages the masonry units as the water pressure builds until the face of the brick or the stone pops off, exposing the inside of the unit and making it more vulnerable to continued deterioration. Trapping moisture can and will also lead to internal damp issues as well

The front elevation has been re-pointed in the past in an inappropriate cementatious mortar and to an inferior standard, the mortar work not having been raked out first and there is already some localised failure. Cement mortar does not bond well with the original lime mortar and can trap moisture within the bricks leading to frost damage. We would recommend that this all be removed, and the brickwork carefully re-pointed using a lime mortar mixed to match the original.

There has been some isolated re-pointing to the rear elevation to a similarly poor standard but whilst the brickwork otherwise remains in fair condition we did note that to the rear elevation of the two storey addition, the mortar work is quite soft and eroded particularly to the higher levels. We would recommend that this elevation be carefully raked out and re-pointed. 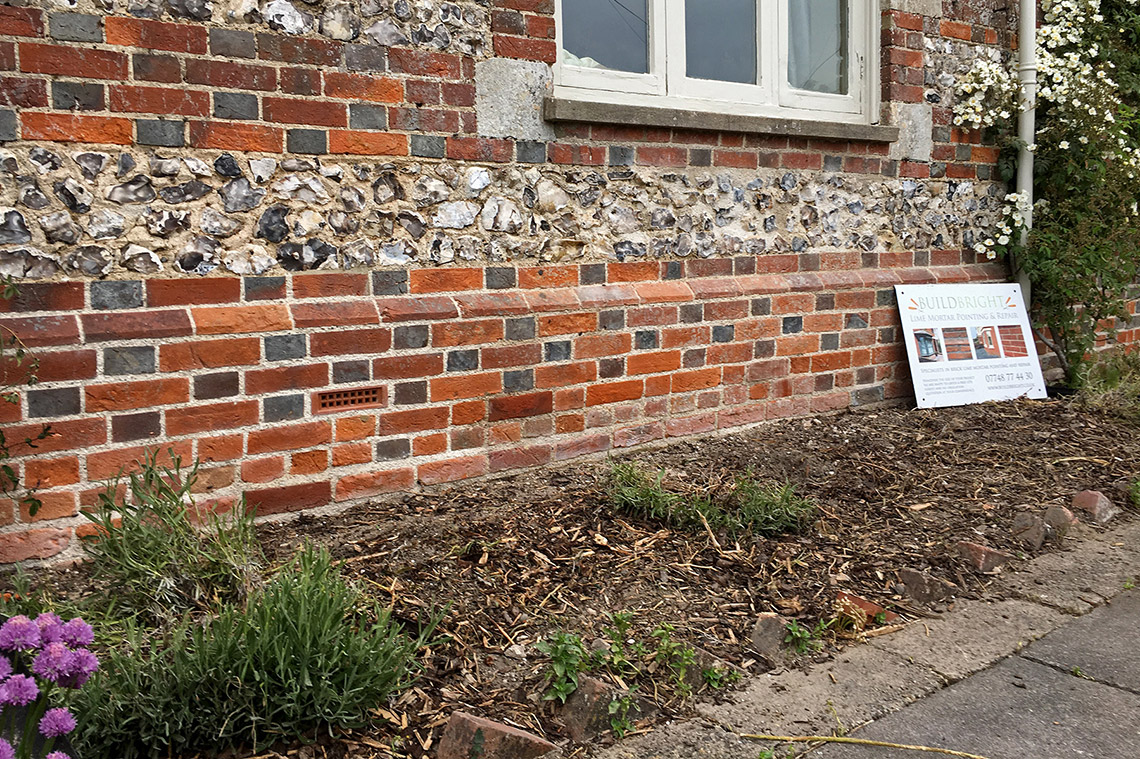 Circa 1850 lime mortar repointing and brick ... 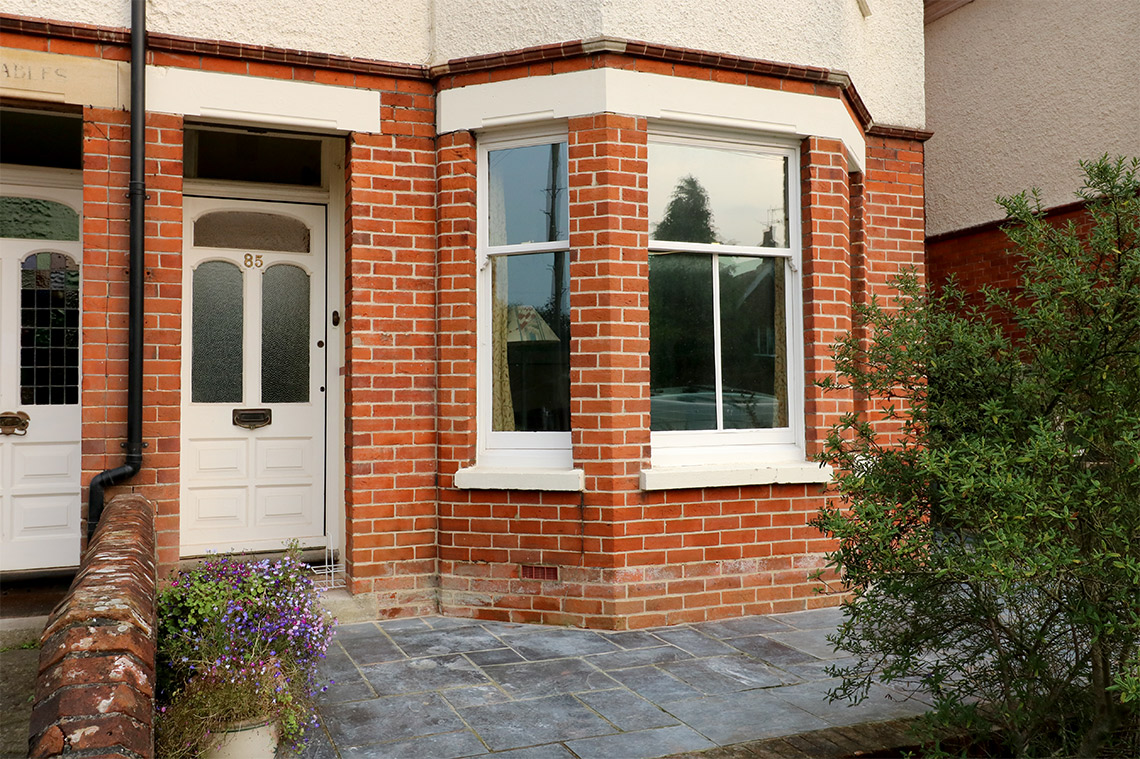 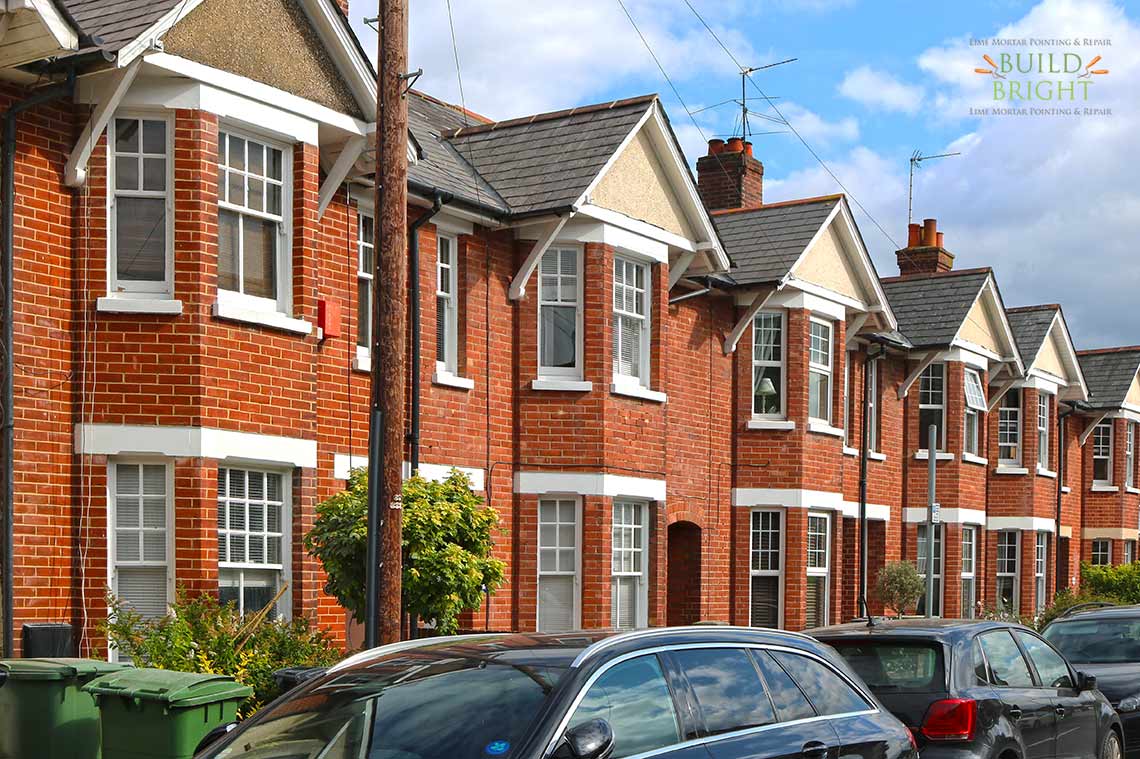 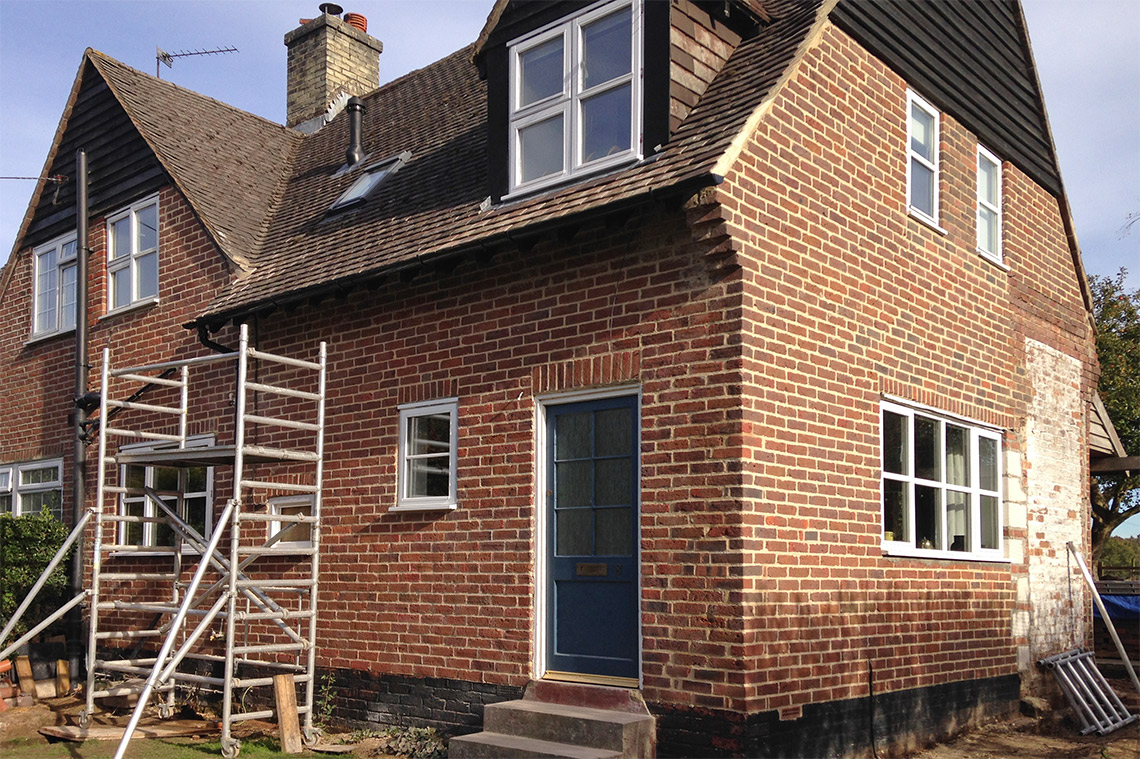 Front and side of house lime mortar repoint and ... 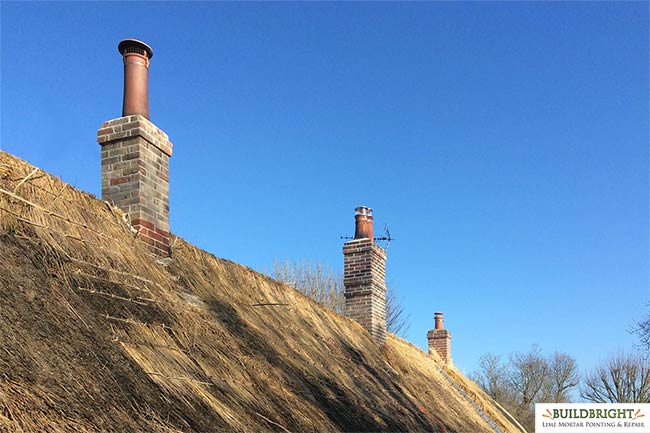 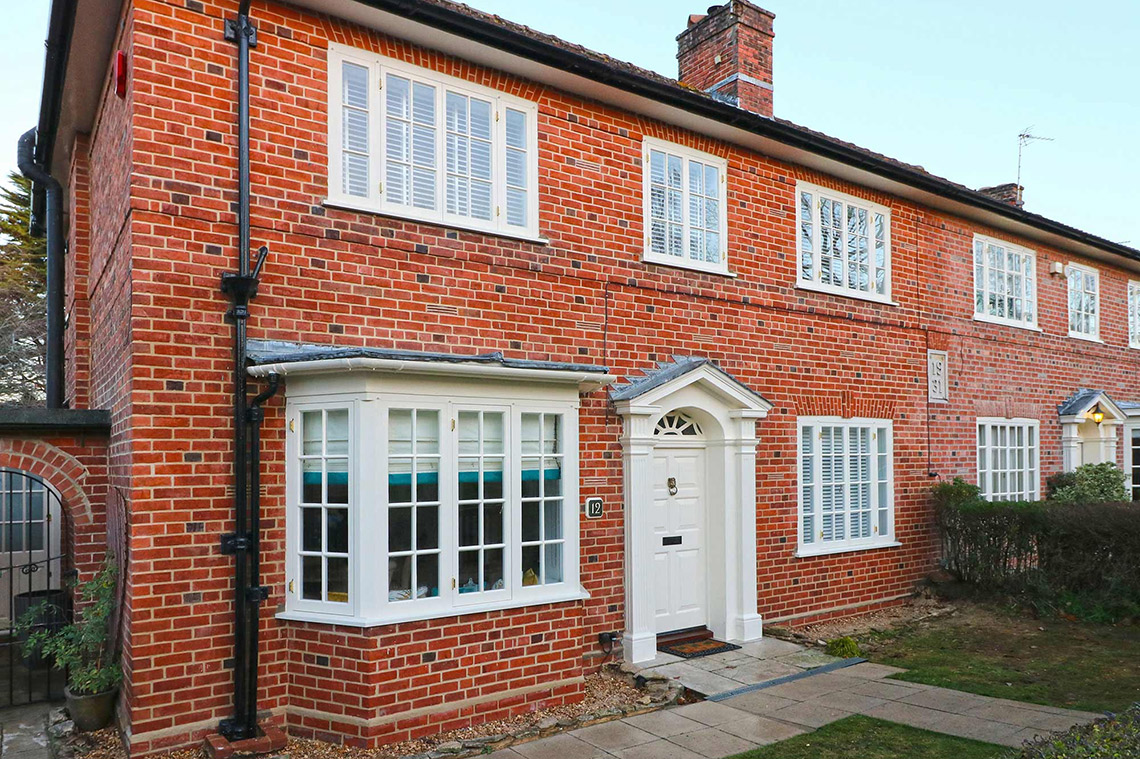 From Victorian to Edwardian and new build properties why not contact us for your next lime mortar project.

Whatever the size of your project we are happy to offer a free site survey and no obligation quote at your convenience.